You are here: Home » Kampyongo, Xavier Chungu, Kaizar Zulu behind gassing with funding from Valden Findley, OP sources reveal.
Former president of Nigeria said and I quote “
“When there are Insecurities in a Nation  for over a period of 24 hours without the state intelligence knowing who is behind it, then just know that the state is involved “.
Sani Abacha
Former President Of Nigeria.
Home Affairs Minister Stephen Kampyongo, Keizer Zulu and Valden Findley have been identified as the people masterminding the project to destabilise the country through gassing of citizens, Zambia State Intelligence sources have revealed and President Edgar Lungu has been fully briefed.
Impeccable sources close to the operations have revealed that the whole project planning started sometime last year around October, but they never told President Edgar Lungu.
Xavier Chungu, as former Director of Intelligence, has been running a parallel intelligence wing mainly using some of his former loyalists within and outside the system. 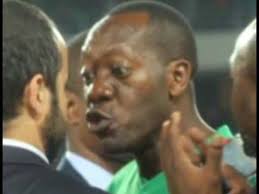 These are the people that were engaged for this operation by Kampyongo, Keizer Zulu with funding from Valden Findley and some prominent businessman of Indian origin.
The operation also involved collection of police uniforms from Force Headquarters and Lilayi Police training camp under what they called “break in” in the stores. So far lots of police uniforms have been ‘stolen’ and being given to these PF operatives recruited by these people.
The gass being used was being imported in the country under the Ministry of Home Affairs but disguised as tear gas for the Zambia Police service.
“The involvement of these close associates of Lungu has made it difficult for the Police to take any of detained suspects to court because they will reveal a lot of things in testimony. We can almost bet that nobody will be taken to court for gassing citizens and even if they are taken,  nobody will be convicted. Mr. Lungu now has the full intelligence report over these issues and knows his own people are involved to basically undermine his leadership”, sources revealed.
The people being used in this operation of gassing citizens are being paid as little as K1000 when they execute and get the balance afterwards. The money is being paid through mobile money services.
The real state intelligence briefed Edgar Lungu who had no idea what was happening and summoned Kampyongo and Inspector General of Police Kakoma Kanganja  for Information.
“When Kampyongo was summoned, to implicate the UPND President Hakainde Hichilema and UPND of being behind these crimes. But it was one of those rare moments that Mr. Lungu defended Mr. Hichilema from this whole operation and told them he knew the people behind these crimes were within his government. The whole operation has embarrassed Mr. Lungu as he was not aware. That’s why he said he will not spare anyone involved whether from PF or opposition, because his own close associates are fully involved”, sources have revealed.
Sources said the motives for this operation by Kampyongo and others were to destabilise the country so that people can either rise against Edgar Lungu and be replaced or raise against HH so that he can be arrested and charged for treason.
“But the whole operation has backfired against the PF regime because some of the operatives have been very careless by gassing schools and other public places even during broad  day light when the entire country is hunting for suspects and yet the army and police patrols all over. To make matters worse, citizens are venting their anger against the PF government by destroying police stations and other government infrastructure plus mob killing each other. They never anticipated people’s anger against the PF in the manner that people are now taking the law in their hands,” sources revealed.